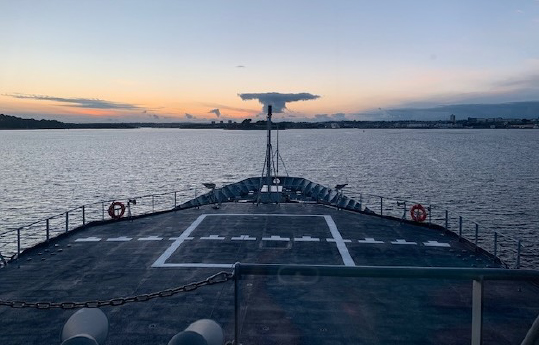 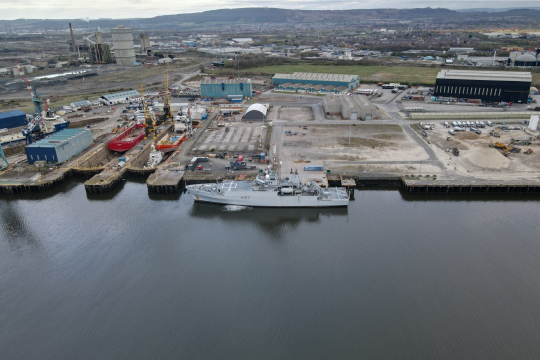 What’s New
After retuning from the Baltic HMS ECHO had a period of maintenance where she received some required TLC in Middlesbrough. Since then we have been busy conducting training in preparation for a period of assessed Continuation Operational Sea Training (COST), and carrying out military data gathering (MDG) in the North Atlantic.

Wrecks…
Sometimes the contents of the sea floor serves as a powerful reminder of the ocean’s might. When operating ECHO regularly conducts wreck surveys, these are detailed investigations which can be run for training, navigational safety or interest.

A7
During the spring ECHO used the SMB to survey this submarine in liaison with the Plymouth SHIPS project. The A7 sank with loss of all hands in 1914, and is a protected military grave. ECHO conducted the survey to help determine the state of the wreck, potentially providing evidence to allow a further dive at the site to investigate the state of the vessels superstructure.

HMS Falmouth
Returning to operations post maintenance; ECHO again took the opportunity launch the Survey Motor Boat (SMB) to conduct a survey of a wreck of historic interest. This time it was HMS Falmouth. She was sunk off Flamborough head in 1916, after being torpedoed by German U-boat U66. Her battle honours include the battle of Jutland.

Life up North
ECHO conducts maintenance in Middlesbrough where Ship’s Co. have been exploring the local area, and helping out local organisations.
Activities have included hill walking, such as up Roseberry Top, and gardening for charities such as Mens Shed and FRADE.
Easter alongside allowed for an egg drop, where personnel got to demonstrate their engineering skills to drop a fresh egg from height without it smashing, and make use of all the hiding spots onboard during an Easter egg hunt. Eggcellent fun, smashing…(sorry) 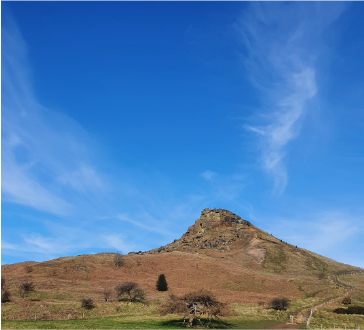 Afternoon Tea For All
The Royal Navy and Royal Marines Charity (RNRMC) does excellent work to support the RN, and instigated a COVID support fund to help vessels who were having to quarantine or remain onboard without Leave. ECHO was awarded money to hold an afternoon tea onboard at the start of the maintenance period. We decided to use a local catering service, providing support to the local economy. The tea, cake, scones and sandwiches were fabulous and it provided a welcome period of down time for all. 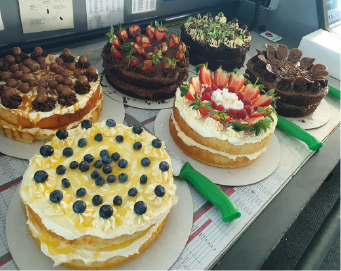 Wild-life on the Ocean Wave
Operating off the north west of mainland Britain gave ECHO Ship’s Company plenty of time to become accomplished wildlife spotters. From mammals such as orcas and several species of dolphins, to some lost land birds needing a rest. All wildlife sightings are recorded and reported back to the UKHO, helping form a record of ocean habitat. 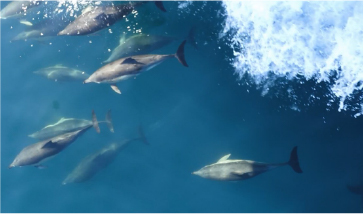 Coastguard SAREX
We always enjoy working with additional assets, both civilian and military. Returning to sea gave us the opportunity to work with a coastguard helicopter conducting winching training as part of a Search and Rescue Exercise (SAREX). This provided good practice for the ship in working with aircraft; but also helps the coastguard train for casualty extraction from a ship. 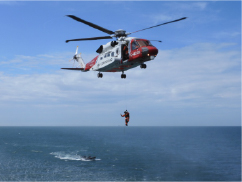 March
In March, a virtual military driving weekend ensured our soldiers were up to date on the various military and civilian vehicles the squadron holds.

April
The squadron conducted various training serials including technical training, driver training and equipment care training. With the restrictions placed on training because of COVID, this was an important refresher weekend to get our soldiers up to speed again.

May
The squadron deployed on a Dismounted Combat Close Combat Trainer (DCCT) marksmanship weekend. This is a simulated firing range with very realistic gas-powered weapons and computer-generated imagery projected on to very large screens. The DCCT training helped prepare the squadron for the live firing weekend on the Annual Camp July.

June
The squadron deployed on a live firing ranges weekend. Shooting is a vital basic skill for all soldiers and this weekend served to remind and revise the marksmanship of all members of the squadron. 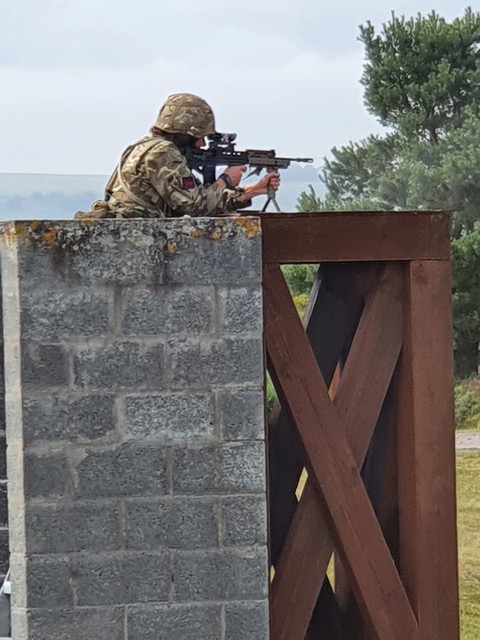 July
The squadron deployed to their annual camp in Scotland. The training conducted included technical training, a live firing package and Adventurous Training. The camp proved to be a challenging and very enjoyable two weeks. 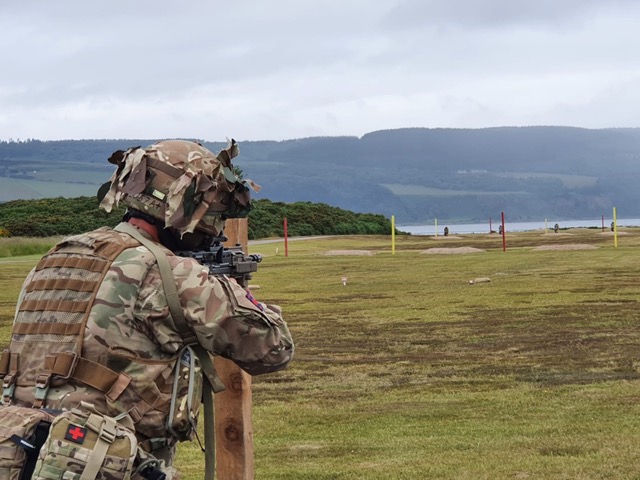 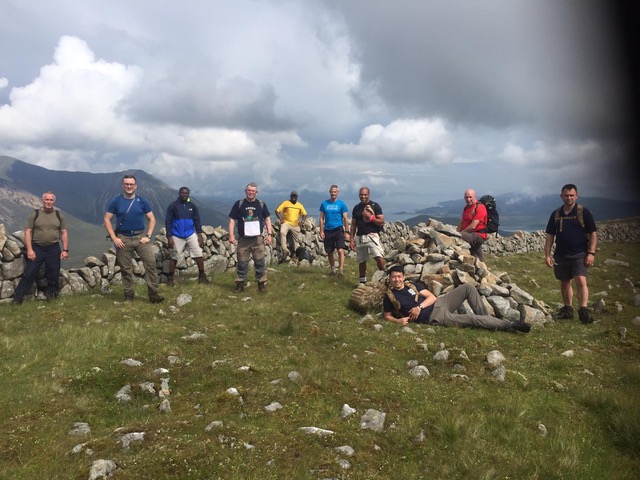 Sept
The Squadron will deploy on a Battlefield Study to the New Forest. These studies are an important part of being in the Army so that soldiers are aware of the sacrifices made by our ancestors and the lessons learned by each conflict.

December
In December the squadron will hold it’s annual Christmas function during an administration weekend.